Scott is an award-winning Director of Photography in film and video, working on all seven continents. Specializing in remote documentary-style adventure, natural history, sport and science projects, Scott is most adept in remote and challenging locations and conditions. An accomplished skier, climber and kayaker, Scott has climbed Mt Everest twice, won an Emmy for NBC’s Ford Ironman 2011 World Championship, was nominated for an Emmy in 2017, 2016 and 2012 for his work on the Ironman World Championship and in 2006 (for Deadliest Catch). He won the Banff film festival audience award in 2005, 2006 and 2008 and a National Museum Award for his work  the Utah Museum of Natural History in  2012.  The Utah Museum of Natural History is currently exhibiting Scott’s work in the “Our Backyard” installation, 2020.

Scott has his FAA drone pilot 107 certification and has completed a LIDAR certificate of completion from the Remote Sensing GIS Center of Expertise and US Army Corp of Engineers. 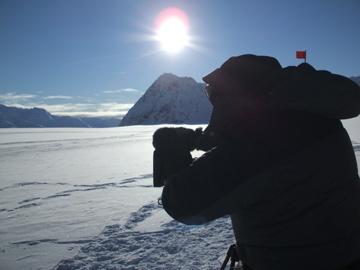